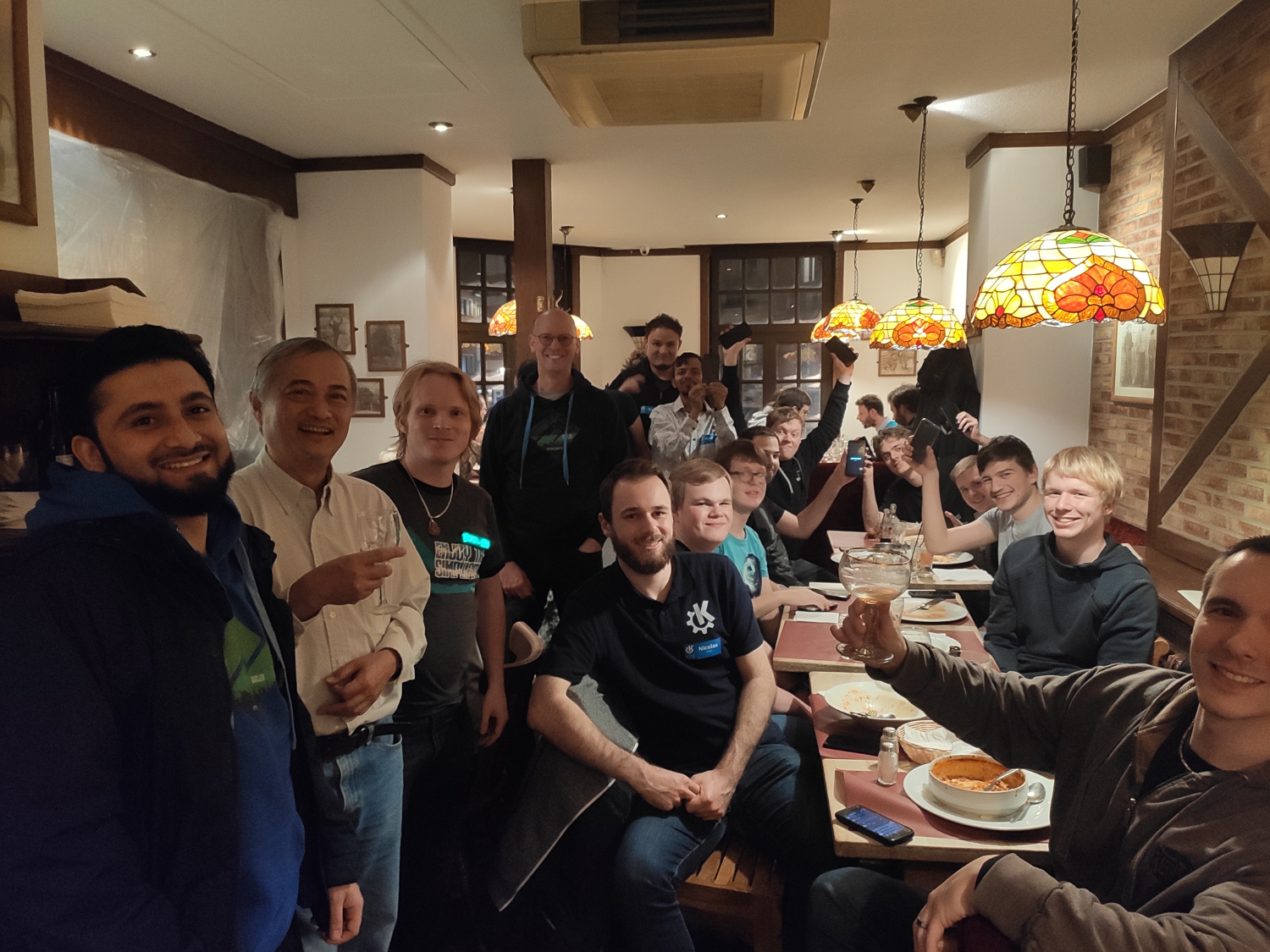 Sorry for the delay in delivering FOSDEM news and announcements to you – I was too occupied with great company, splendid beer and shouting at hundreds of people across our stall table. It was awesome to see so many familiar faces, meet new ones and socialise with projects we usually don’t get an opportunity to talk with.

Some of you may have already seen pictures or videos of our stall at FOSDEM overflowing with people; I am happy to say that we were one of the most – if not the most – besieged stall at FOSDEM this year. There literally was a wall of people at the stall at all times, and if not for our community members and partner-project devs we’d probably not cope. This also had the effect of being as much our booth as that of Manjaro, UBports, Nemo mobile, KDE, postmarketOS, Aurora,  Meamo Leste and others 🙂 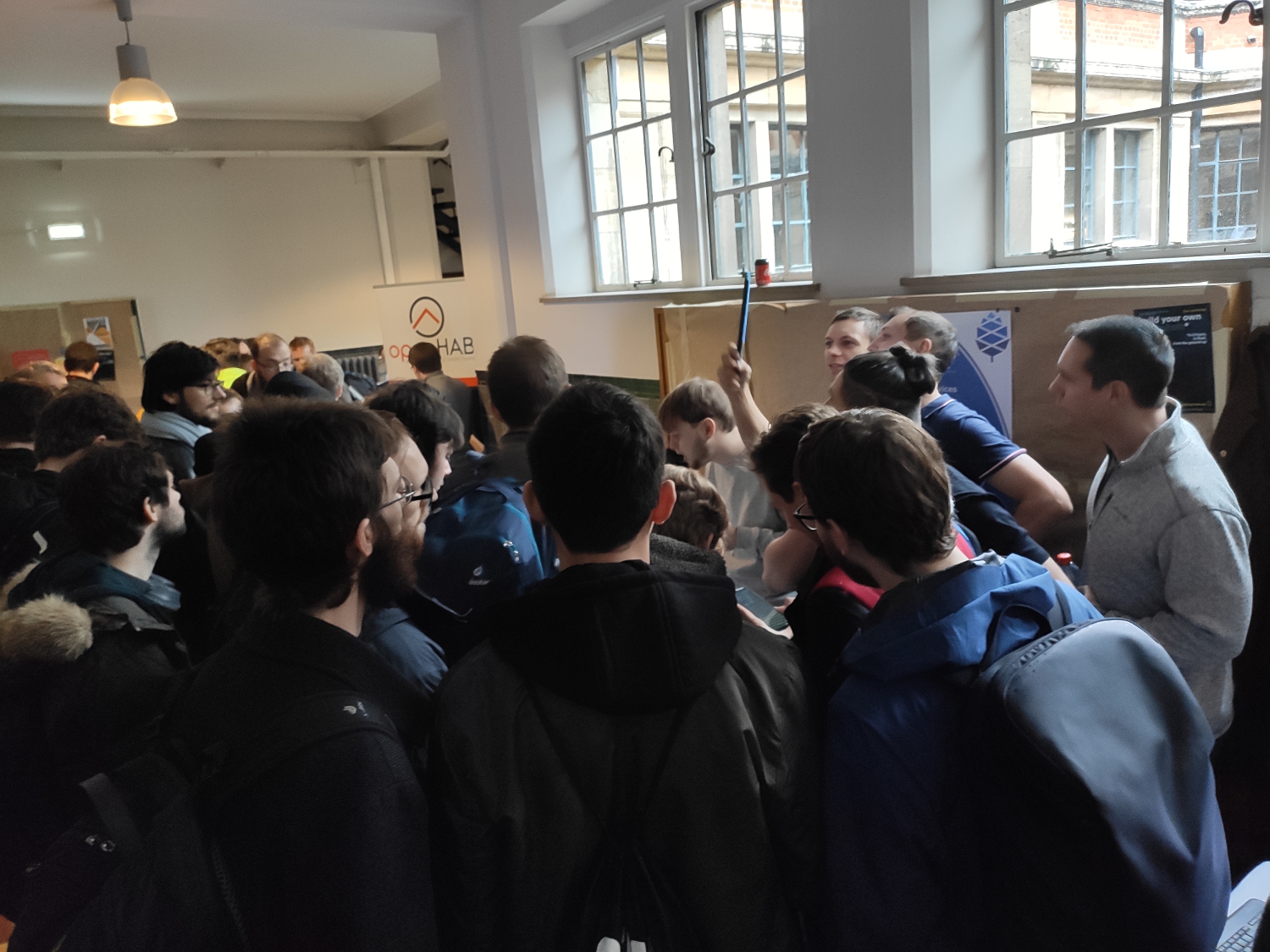 In the January community update we announced that if you are attending FOSDEM, and already had a PinePhone on order or with you, then we’d have a surprise piece of swag for you. As some of you already know, the swag in question was a choice of a hard or soft PinePhone case. Over the course of ~8 hours that we were at the stall we gave well over 100 cases. It was really exciting to see so many PinePhone early adopters at FOSDEM. 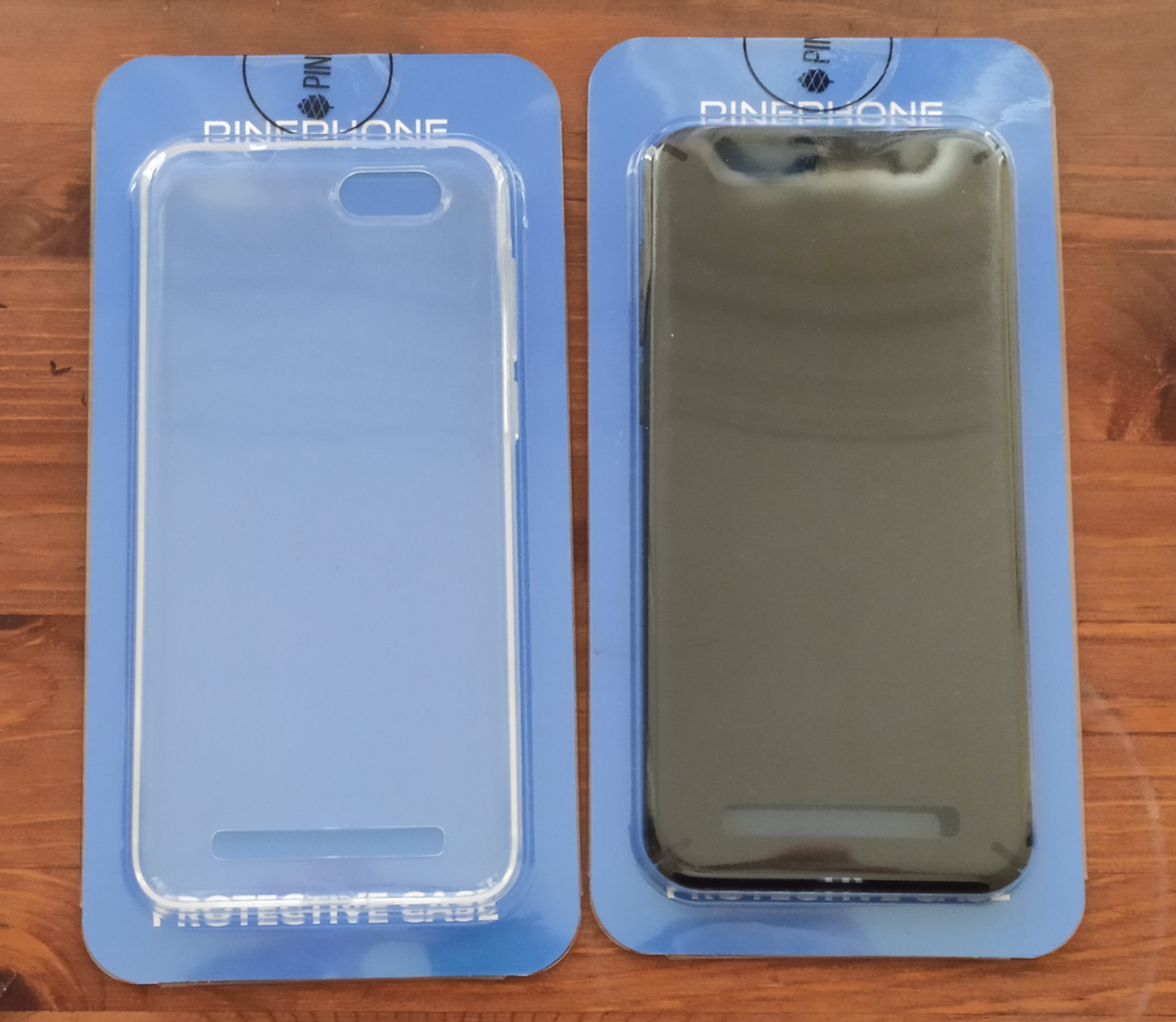 Apart from our cramp little corner of FOSDEM, you could also check out PINE64 devices at the KDE and OpenHAB stalls. There was also a talk by Merlijn Wajer and Bart Ribbers (youtube video linked) concerning Linux phones as well as a joint BOF with Purism (my thanks go out to Dalton and Bhushan for taking the lead on this), where a significant portion of the time was dedicated to the PinePhone in particular. In other words, there were many PINE64 accents all over FOSDEM, which made me realise how much we’ve grown in the past two years. 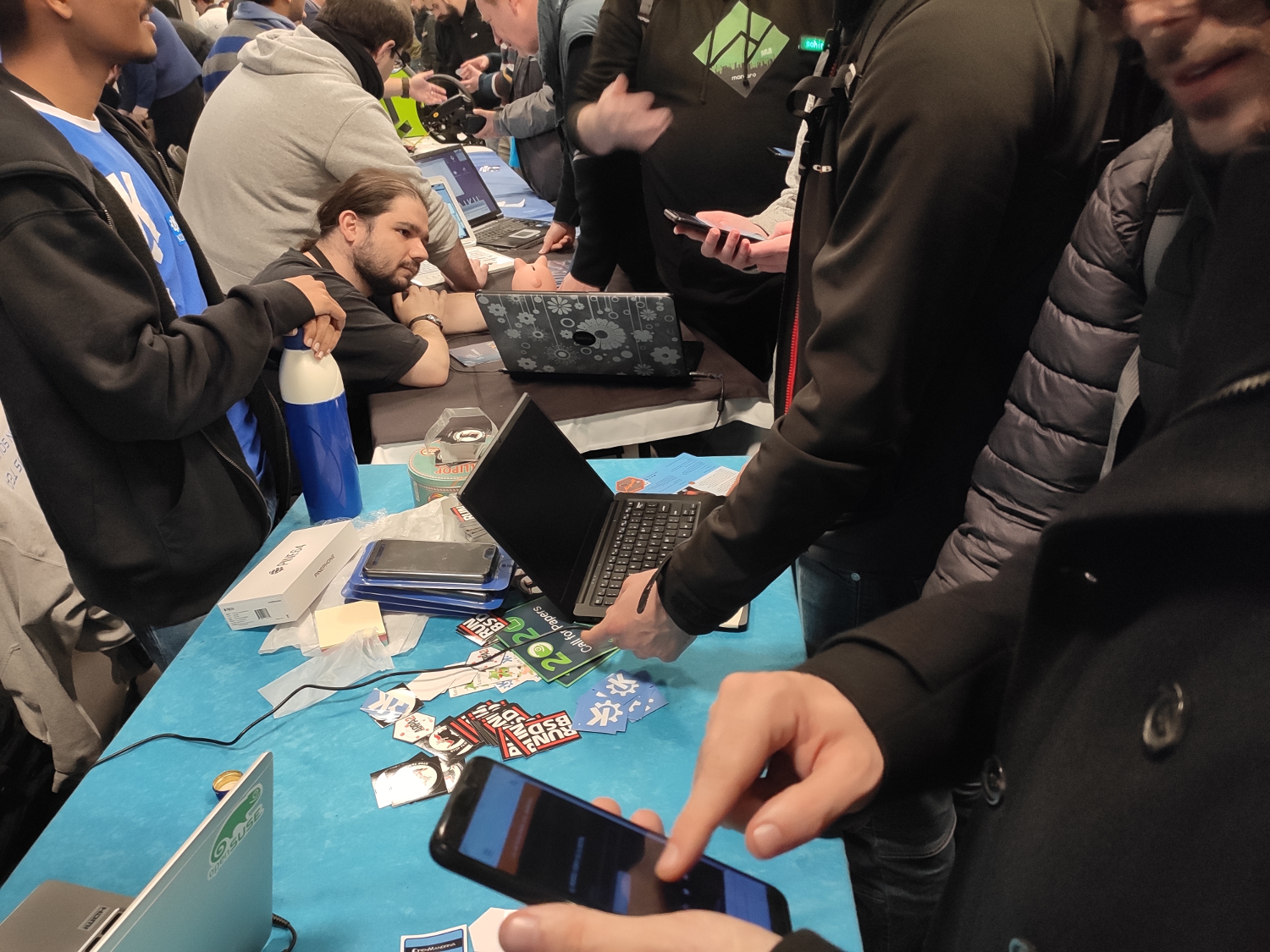 However, to us, FOSDEM means getting together, talking about how our current projects are coming along, nagging Bhushan about the KDE Neon image, and meeting with all the amazing developers making all this happen. But it is also the time of the year when we announce new devices. This year we’ve decided to tackle announcements slightly differently. What we’re announcing now relates only to our plans for Q1 and Q2 of 2020 and not the entirety of this year. That is to say, we have more exciting things coming in the second half this year, but we’re holding off from announcing these things at this time.

Let me explain. We’ve learned a lot from last year’s experience with Pinebook Pro and PinePhone production delays, which effectively means we understood that it is better to tackle fewer things at a time. In Q1 and Q2 we are yet to review PinePhone and PineTime status, release the PineTab early adopter edition and make good on our promises to deliver the upgrade-kit for the original Pinebook. That is a lot of work left over from last year. So at this point we’re only announcing things we’re confident we can deliver by early May. Once we clear everything we currently have on our table, we’ll be announcing plans we’ve got for Q3 and Q4. This is the pace of announcements will likely follow in the future too.

With that out of the way, let us talk about what we’ve got coming soon. 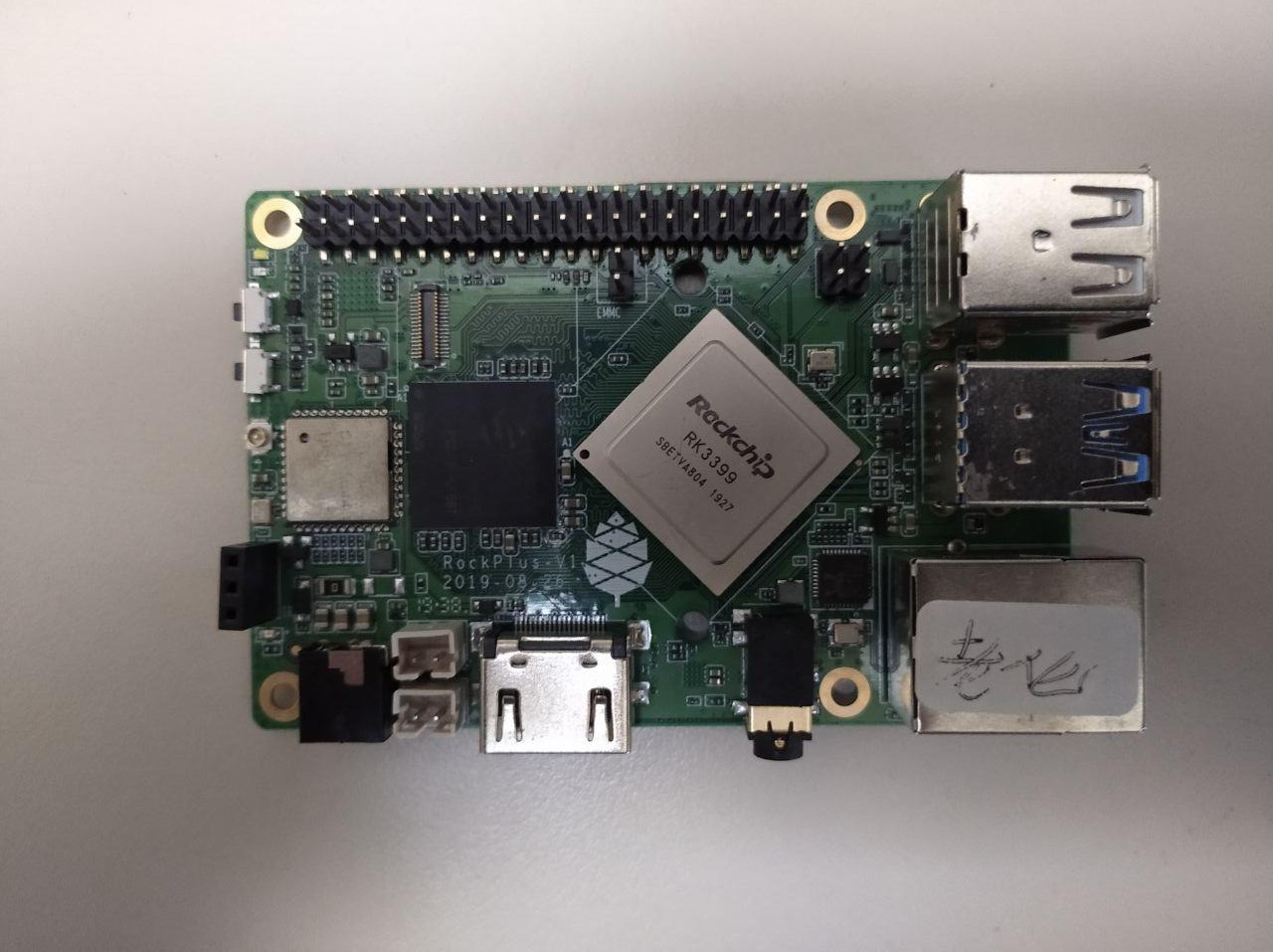 It has been a little while since we did a single board computer (SBC). For the past year I kept on telling people that whilst we have now a wide range of devices (that you guys are clearly both excited and happy about) we’re still going to make SBCs, since that is our bread and butter. Therefore I am super happy to announce the HardROCK64 – a small form-factor SBC with a lot of umph.

The board will ship in 3 LPDDR4 RAM configurations (tentative $ pricing): 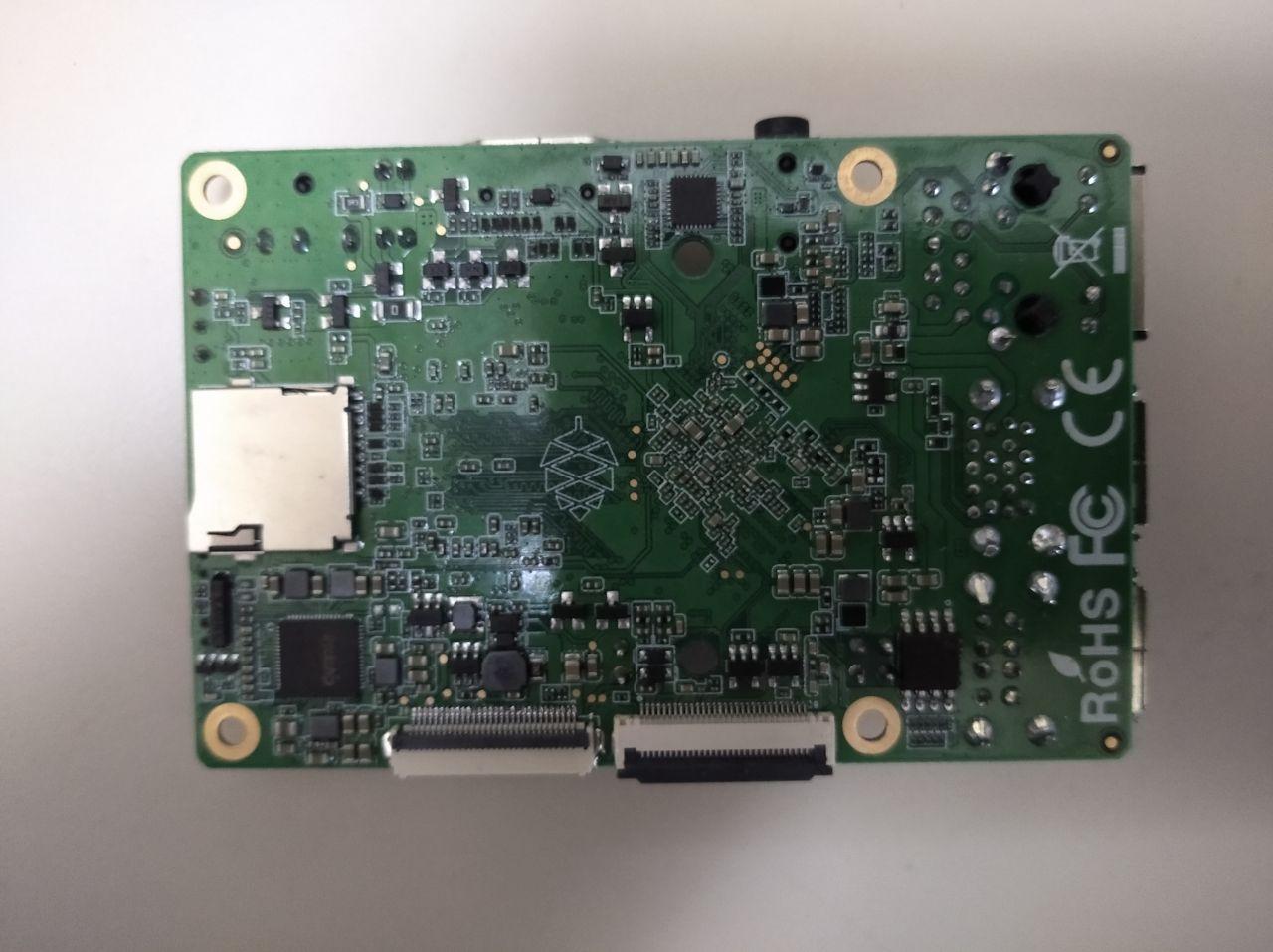 The board will run all ROCKPro64 OS images with little or no tweaks (we checked) and probably most Pinebook Pro OS with a ‘simple’ device tree tweak. In other words, if you don’t need all of the ROCKPro64’s functionality – e.g. PCIe or USB-C – then this may just be the board for you.

The board does run hot so a heatsink is pretty much mandatory. A couple different options will be sold by us to match your needs and expected the SOC load. 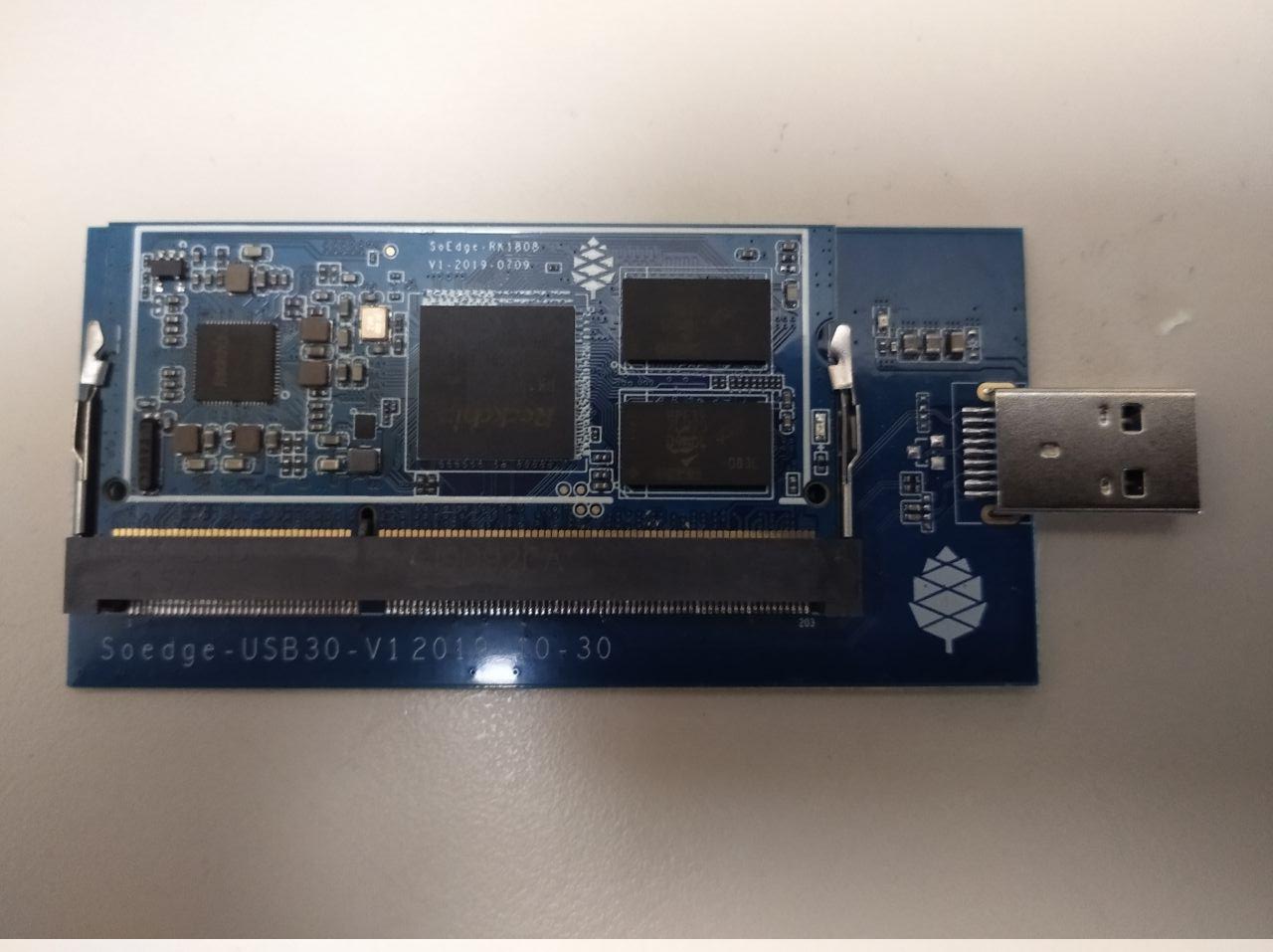 The other thing we’ve been known for in enthusiast, industry and custom embedded device circles are our SOPine compute modules. The SOEdge is a 3TOPS compute module that can be paired with the SOPine base board or USB 3.0 and PCIe adapters for development. It can connect to a SBC, such as the ROCKPro64 or a regular PC. We initially planned the release of the SOEdge module last year, but Pinebook Pro and PinePhone delays pushed it back to this year. 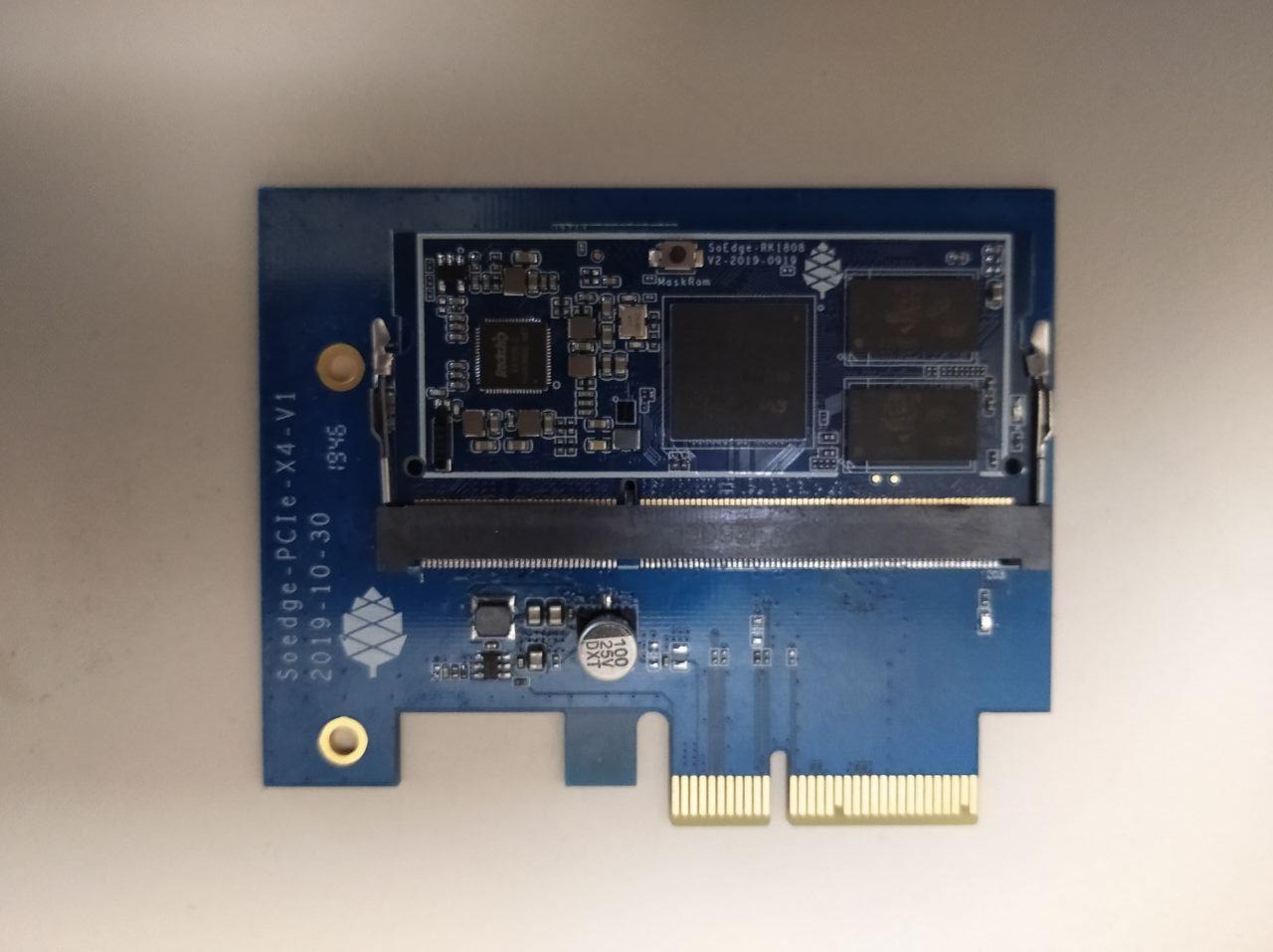 The SOEdge can be used in a variety of scenarios and is compatible with current and future SOPine boards, including the clusterboard which can host up-to 7 modules clustered via Gigabit Ethernet. I can imagine that mixing SOPine and SOEdge modules in the Clusterboard can yield results in various applications. I’ll leave it up to your imagination 🙂

It was a year ago, pretty much to the day (except then I was more diligent and released information on time), that we announced that we’re working on the CUBE FOSS IP camera. We then encountered issues with the SONY camera implementation, and with the big devices such as the Pinebook Pro and PinePhone in the works, the project got shelved until further notice.

So, here is the notice, we’re working on the CUBE again. I’ll have more news regarding the CUBE, including what necessary changes were made to the camera, in the February community update on February 15.

That’s it … for now. As I’ve already stated, these are the new devices that we will strive to get in the PINE Store by May. But there many other product ideas that we have in the pipeline, and you’ll be hearing about them once all the PinePhones, early adopter PineTabs, HardROCK64s and SOEdges start shipping. Hope you’ll agree this is a better approach for this year.

Thanks once again to everyone who made it out to see us at FOSDEM and, of course, FOSDEM organisers and volunteers. 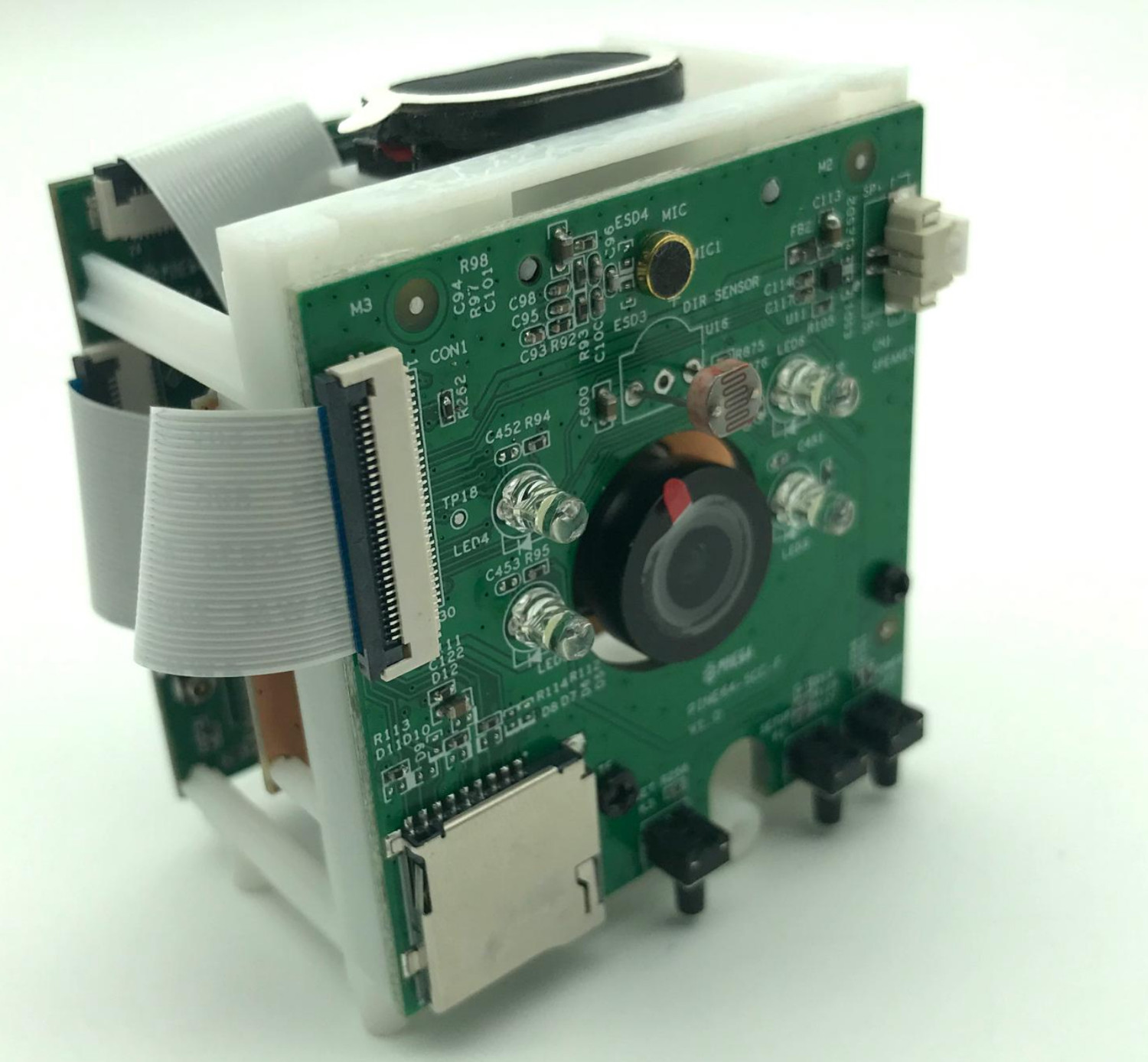 N.B. All pictures of devices depict product prototypes; final version of device may, and likely will, differ in appearance or / and functionality.

45 responses to “FOSDEM 2020 and Hardware Announcements”

Looking forward to more information on the Cube camera in a couple of weeks. I’m super excited about the SOEdge board too.

That’s some awesome news. Wish I could be there. I’m also looking forward to more info about the Cube camera, I’ve been wanting to implement a sky cam on a tower at my house and I’m curious about its specs

I wtedy to było by porównywalne i było by pomocne dla ludzi, którzy pisza oprogramowanie. A tak, nikomu niepotrzebny śmieć

Awesome News. Looking forward to the CUBE. Wish i could have gotten my hands on one of those silicon cases.

[…] at Pine64 today unveiled a list of upcoming hardware planned for a 2020 release, one of which is a new single-board computer […]

The HardROCK64 is really tempting.

Is the WiFi/BT integrated? Bonus points if it’s the same module as the Pinebook Pro 😀
Can’t really tell by the photo. If there are markings on the chip next to SoC, they can’t be read.
What can be seen, or rather not seen, are the pins for SDIO WIFI/BT module-MIMO 2 found on the RockPro64.

Got the answer from Strit just a couple of minutes later- it’s the same WiFi/BT module as the Pinebook Pro!

and this same blob

[…] the ‘new’ board is similar to the (very popular) old one, Pine64 say it “…will run all ROCKPro64 OS images with little or no tweaks”, and even some Pinebook Pro […]

[…] unveiled in their official company website a new single-board computer (SBC) called the HardRock64. With a […]

[…] the FOSDEM open-source conferences in Brussels final weekend, Pine64 unveiled the HardRock64 SBC, which makes use of the identical Rockchip RK3399 system on chip (SoC) it employed in final 12 […]

[…] the ‘new’ board is still similar to the (very popular) old one, Pine64 say it “…will run all ROCKPro64 OS images with little or no tweaks”, and may even handle Pinebook […]

[…] For detailed features, you can read the hardware announcements here. […]

I look forward to your well-written, highly-informative articles. Thank you for your very hard work regarding all things Pine.
I read the articles almost as much for the “readers’ comments” section (“Thoughts On…”) as I do your main content, as the “Thoughts On…” comments *USED TO provide* highly useful reader feedback and personal experience.
No more.
It seems as though most people who “comment” now consider a valid “comment” to be a “Pingback”, and are using this mechanism to “comment”.
This current article contains 37 (supposed) comments, 29 of which are “pingbacks”. When I start seeing a long list of “pingbacks” where valid comments should be, I don’t read any farther; I quit and go elsewhere.
I personally think that if it’s too hard for someone to actually WRITE a comment (which generating a “pingback” is definitely NOT), rather than taking this no-effort approach to “writing a comment”, they need to “comment”–to not do any work– elsewhere.
A “Pingback” is not a “Comment”.

(“FOSDEM 2020 and Hardware Announcements
“Thoughts On…”

You’re right. I’ll try to filter those pingbacks entirely in future posts. Thanks.

You are under the assumption that authors are too lazy to write “proper” comments and do pingbacks instead. But it does not work like that. Pingbacks get added automatically when somebody else links this post. They are purely technical artefacts. Their presence shows how much these blog posts get referenced – whether one wants to have them here is a matter of blog configuration. Please don’t criticise people for things they are not responsible for 🙂

Yes, this is true, this was entirely my fault. I’ve removed pingbacks now from the configuration now.

The esteemed gentleman is correct: I AM under the impression–borne out by the lack of *any* quality in most venues similar (in name only) to this–that most “authors”–if they can be characterised as such–are “…too lazy…” (his words) to write proper comments.
Elimination of ‘pingbacks’ from this website’s “Readers’ Comments” section should result in maintaining this “Readers’ Comments” section’s reputation for high quality–for which ‘high quantity’ is no acceptable substitute whatever.

Hi Lukasz,
Great news for the HardRock64 🙂
Can you just share with us if the 3.5mm Jack will be Audio-Out only or Audio-Out and Mic-In ?
Or the Mic-In is not part of the new board ?
Thanks

Hello, the HardRock64 had a tentative launch date of end of April, we now have end of May. Any updates?

We’re now in July.. Any updates on a potential ETA for the HardROCK64?