How “Meet the PinePhone Pro” was made 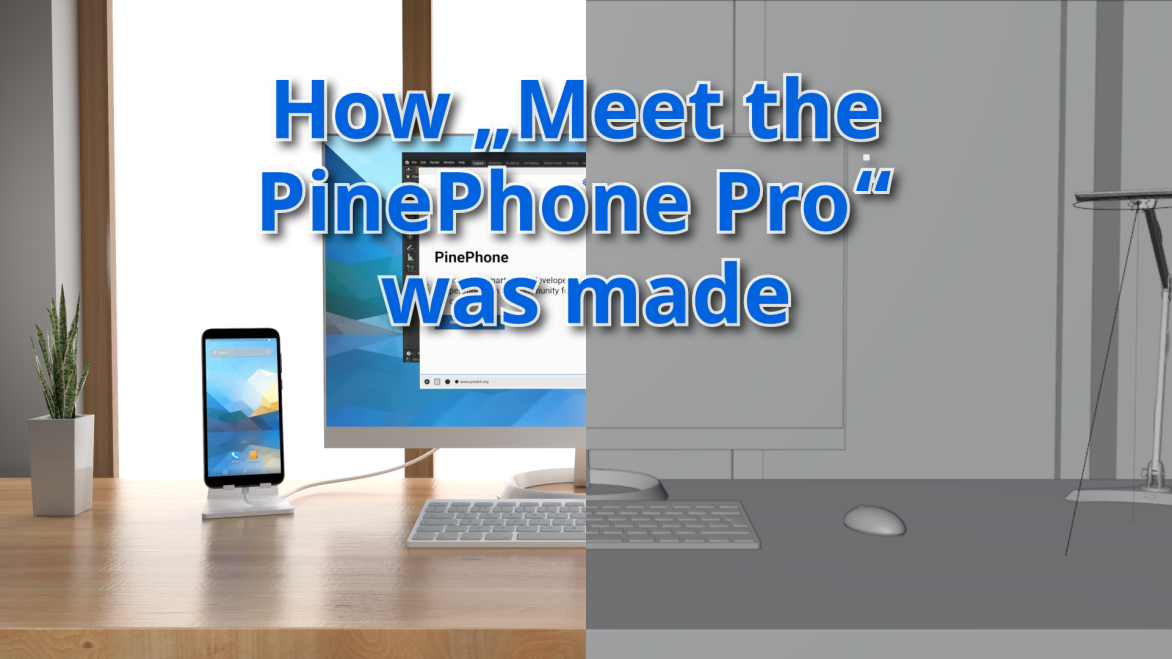 As PINE64‘s flagship mainline GNU/Linux smartphone, the PinePhone Pro, was about to be announced, a trailer and some nice renderings showcasing the phone and its features had to be produced.

The trailer is almost entirely made with free and open source software – modelling, the scenes, animations and final cut including the music is all done in Blender, vector graphics and some smaller graphical edits for the screen contents are done in Inkscape and Gimp. The trailer is made by volunteers from the community.

The general idea of the trailer was to tell a story: visually we wanted to lead the viewer from the history of the PinePhone, to the introduction of the PinePhone Pro including its features, to the actual usage. Not only did we want to tell the story of PINE64 making shipping such a device real but also point the viewer to what was achieved so far and what the user can achieve using the phone. We selected a darker setting for the intro part of the video and we tried to go for brighter settings mixed with realistic settings for the PinePhone Pro introduction part of the video.

For product renderings typically Blender Cycles is used, which has the downside that the raytracing can take a very long time to achieve a fine rendering quality, unlike Blender’s Eevee architecture using rasterization instead of raytracing (especially used effects such as depth of field and other makes raytracing a must here). That means even short scenes with a duration of 3 seconds (that is 60 frames per second, making such a short scene 180 individual renderings with for example 1:30 minutes rendering time per frame) took until late at night (or overnight) to finish rendering, even with the usage of CUDA and Cycles X in the Blender alpha. 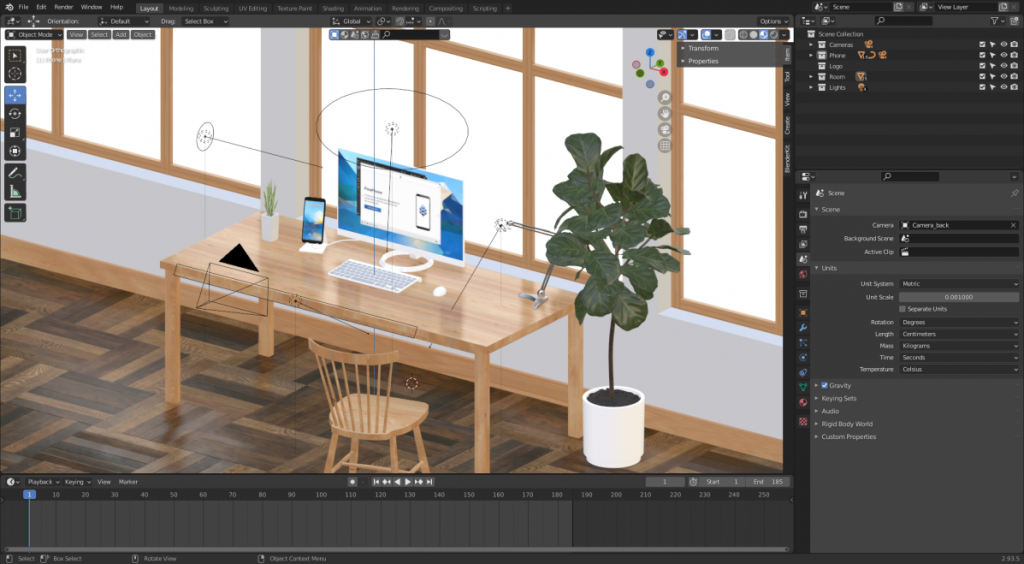 Most scenes in the trailer went through multiple different versions, some of the scenes were numbered up to version 7 or 8 until we were happy with the storytelling and the visuals. Being able to build upon previously created scenes, ideas, model, textures and settings however helped with creating the finally used scenes considerably, so even after ideas were discarded the time used to create them was well-invested. 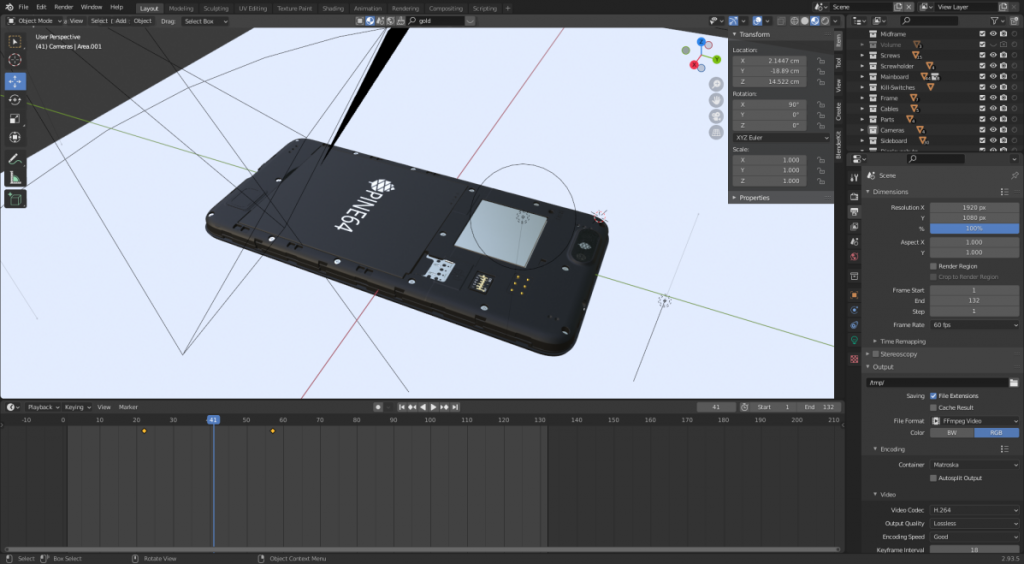 For scenes such as the privacy switches scene new techniques had to be learned to achieve visuals like floating text on top of a scene using depth of field using compositing to combine multiple scenes. All scenes also use three-point lighting. The small details make up the nice appeal of the overall trailer.

During the creative process quite a lot of scenes which were not used in the final trailer were created and some of these unused scenes were reused to create nice visuals for press images at the time of the release (see https://wiki.pine64.org/wiki/PinePhone_Pro_Press for some examples) or interactive 360 degree views of the phone.

The wonderful voice in the trailer is Bryan J. Olson, who absolutely love Linux! Pay him a visit under https://bryanjolson.com/ 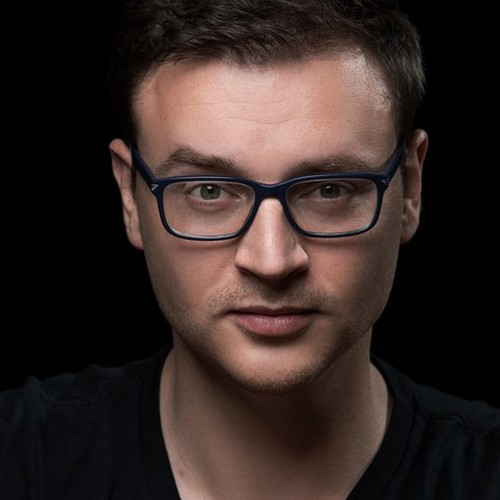 The face behind the voice: Bryan J. Olson

The long search for the music

Finding the best music for the trailer turned out to be difficult. We looked into various free licenses and decided that we want to prefer using CC0-licensed material if possible. At the same time we tried producing our own music inspired by some heavy piano pieces based on various examples we listened into. In the whole process we sighted material in the low three figures, including various styles such as jazz, classical music, synthwave, lo-fi and generic ambient music. As best fit turned out the song „Motions“ by Rafael Krux, licensed under CC0, after overcoming our own concerns that the music might be too cinematic.

The music had to be cut in multiple places to make it fit the story: strokes of the piano were synced with the phone or with logos and texts appearing, to seemingly integrate it into the trailer. Some subliminal sound effects were also added (such as swoosh sounds), to give movements of the phone a greater force. Cutting the music and fading parts in and out could be easily done in Blender’s video cutting interface. 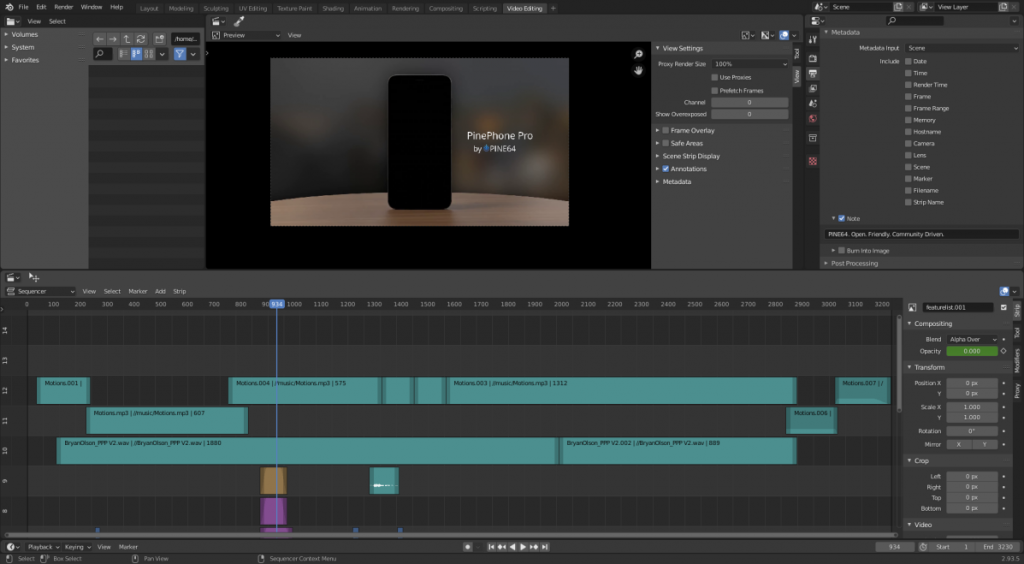 We hope you enjoyed the trailer and the community work, as well as this write-up how everything was made!

8 responses to “How “Meet the PinePhone Pro” was made”

Awesome work and thanks very much for all the efforts! Can’t wait to get my hands on one of these 😀

I keep about 400 notes on my SE Iphone and I use the built in speech to text software to make my notes. Does the PinePhone pro have this ability? When it does I’ll get in line to buy one; but not until.

Nice, but… Any option on more RAM?

Not until the next waves of Rockchip SoCs are ready. RK3399 maxes out at 4GB for RAM

I need a phone that works reliably on the ATT net.

I simply want to (1) send receive voice calls and (2) text with the ability to send/receive jpg files.

No other apps needed or wanted.

Can the Pinephone do this?

How did the quotations in “Meet the Pinephone Pro” title get messed up?

Those are low-high quotation marks, as they are common in many languages. Means that Vincent is probably from such a region.

This trailer is incredible.

I am a 4+ year owner of the iPhone SE (Generation 1). I have owned many Apple devices over the years. I asked (begged) for Apple to make an iPhone SE 2, which ended up being named the iPhone 12/13 Mini. (The iPhone SE Generation 2 is not what any of us expected the SE 2 to be.) With that said, my next phone will be the PinePhone Pro. I’m excited to get my hands on the device, and am looking forward to getting involved in improving the usability of the device moving forward via open-source contribution.